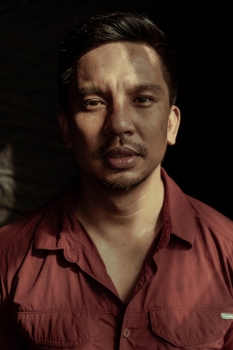 Noel Guevara is a conservation photographer and filmmaker based in Manila, Philippines. His experience in producing content and creating visual stories spans more than 18 years, starting with the founding of his design firm, Burnwater Design Studios in 1998 to more recently, directing TVCs and online videos. Currently, Noel has diverted much of his efforts to marine conservation, his advocacy for many years.

Noel covers the Asia-Pacific region, collaborating with the world's top conservation groups and NGOs such as Greenpeace International, WWF, and The Coral Triangle Initiative. He has been honored in many international competitions such as the Sony World Photography Awards, DEEP Indonesia, and Nature Photography Awards. His work was published online by the BBC, National Geographic, CNN, The Guardian, and in magazines and broadsheets in Spain, Italy, The Netherlands, France, and Singapore.