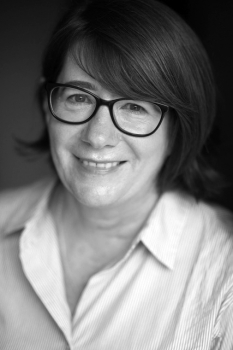 She came from a background in UK television news and newspapers to work in the picture department of Australian Geographic in 1998.

Her role as Picture Editor of the Australian Geographic magazine expanded to include a leading role in developing and producing the company’s commercial publications range and Chrissie was ultimately appointed Editor in Chief of the brand in 2012.

In this role, Chrissie is responsible for the production of the bi-monthly Australian Geographic magazine, heads up the editorial direction and content mix and commissions the writers and photographers. She oversees all aspects of the production of the magazine and also writes stories and shoots photos.

Each year she produces a major coffee table book. Her 2016 book, A Portrait of Australia, created to celebrate 30 years of AG has recently been turned into a major travelling exhibition by the National Museum of Australia.

Over the years, as well as travelling to shoot feature stories, Chrissie has acted as a leader on numerous Australian Geographic expeditions. She sits on the Adventure Committee of the Australian Geographic Society and is the chair of the Awards Committee that produces The AG Society Gala Awards event each year in which the brightest and best of Australian conservation and adventure are honoured. In 2018, she hosted Prince Harry and Meghan Markle at the event.

In the past six years, the magazine has seen a steady increase in its readership and it currently stands at 6th most read magazine in Australia (Roy Morgan second quarter report 2019) with more 600,000 readers.

It has won the specialist magazine of the year award at the Australian Magazine Awards three times, and Chrissie was nominated for Editor of the Year at the Publish Awards in 2019.