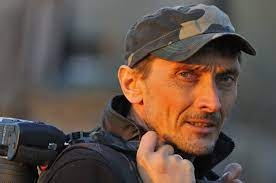 Senior Fellow
An environmental activist and founder of the Bryansky Les Nature Reserve, Igor travels across Russia documenting its wild places. The camera is Igor's most powerful and faithful companion in the struggle to protect the Russian... read on

An environmental activist and founder of the Bryansky Les Nature Reserve, Igor travels across Russia documenting its wild places. The camera is Igor's most powerful and faithful companion in the struggle to protect the Russian wilderness - an integral part of the global ecological balance.

Igor first got the idea to photograph nature at the age of 13, when, during his spring explorations of the Bryansk Forest in western Russia, he discovered a wonderful meadow in the woods with hundreds of wildflowers. He thought it unfair that only he could take in this beauty out of the billions of people on Earth. When he finally convinced his grandmother to buy him a camera, it was too late. Upon returning to the meadow, instead of the blanket of wildflowers, Igor found black earth upturned by tractors and piles of freshly cut logs towering to the sky. It was one of the most intense impressions of his adolescence, determining the future direction of his life.

Wielding his camera and his photographs, Igor pushed for creation of a nature reserve to protect disappearing nesting habitat of the rare black stork, a bird he first discovered in the region as a teen. In 1987, as a result of his efforts, the Bryansky Les Zapovednik (strict nature reserve) was created, granting protection to floodplain and forest habitats and more than a dozen black stork nests. He became the reserve's first director at the age of 27, making him the youngest and only non-Communist director in the entire zapovednik system at the time. During the 11 years he managed the reserve, he and his colleagues were able to guarantee protection for another 12 nature refuges. In all, Igor played a key role in withdrawing 20 percent of the Bryansk Forest from economic exploitation. The years have healed the wounds inflicted on the forest and wildflowers bloom on Igor's meadow once again.

Since leaving the post of reserve director in 1999, Igor has shifted his focus to Russia's entire reserve system. He photographs zapovedniks and national parks around Russia to share the beauty and ecological significance of these natural areas with the world. When not on photo expeditions, he and his wife, nature writer and iLCP Affiliate Laura Williams, live in the remote village of Chukhrai in the buffer zone of Bryansky Les Zapovednik.

To learn more about Igor and Laura see their memoir, The Storks' Nest.